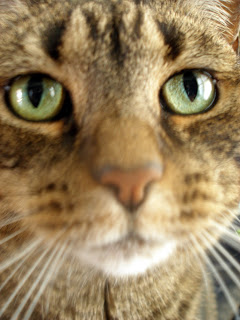 Another sleepless night due to high winds in our area. Thanks a lot Ike!
It'll be a miracle if I get through this day. I'm already running on empty.
Had a productive weekend, got some of my projects for my super secret publication projects done. Have a few more to do. Then I've gotta type them all up.
Worked on some bracelets and earrings over the weekend. Which went well. 2 of the 4 sold already! I was playing around with some new designs. Michae's was having a huge blowout sale on some of their jewelry supplies and I found this awesome wood material chain for $2! 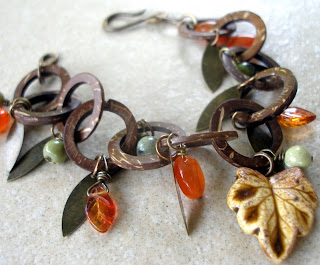 The little red bird bracelet from Saturday, went over really well so I thought I would make another in a similar style. In this one, I showcased a cute little Earthenwood Studio Pine cone, and some ceramic beads from Golem Studios. It has that nice earthy feel that I think is popular right now. 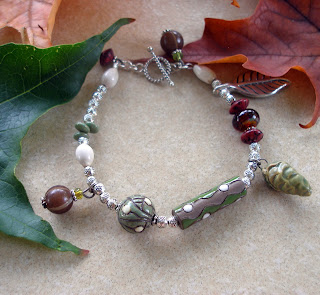 Then I practiced making some earring wires. This is a pretty good attempt out of the ones I tried. I paired them up with some Round Rabbit ceramic square buttons. I also tried to make a wire wrapped ring using one of these buttons, but it's a lot harder than you might think!! Plus, I think I got talked into a bum ring mandrel because it's not completely round which causes the ring to be all funky. SO much for that! 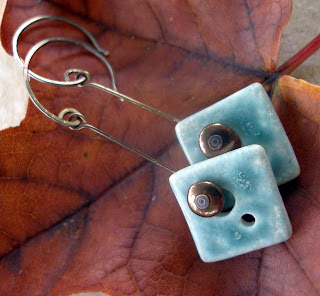 I also played around with some new photography for my jewelry. As you can see, I used some pretty fall leaves that I found in my backyard! I wish I had these available all year round! They make the most beautiful backdrop for jewelry!!

And when I wasn't doing jewelry, I was fighting my girl for some computer time, who apparently thought that I should be paying more attention to her. As you can see here.
"You weren't needing THIS were you?" 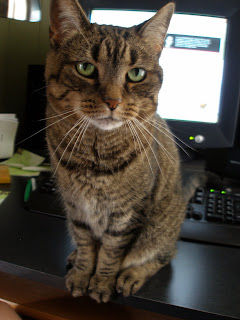