Welcome to my second installment of my Guest Tutorial series! Erin Siegel, my friend and Co-Author of Bohemian-Inspired Jewelry has submitted a great tutorial for a bead and Linen cord bracelet with a button clasp. This is a great project that can utilize my color mixes of Linen cording from the Jewelry Accord store!  In this project, Erin used Sage, Fuchsia, Red and Plum cording which I've listed in the shop and called the Fortuneteller's Mix. 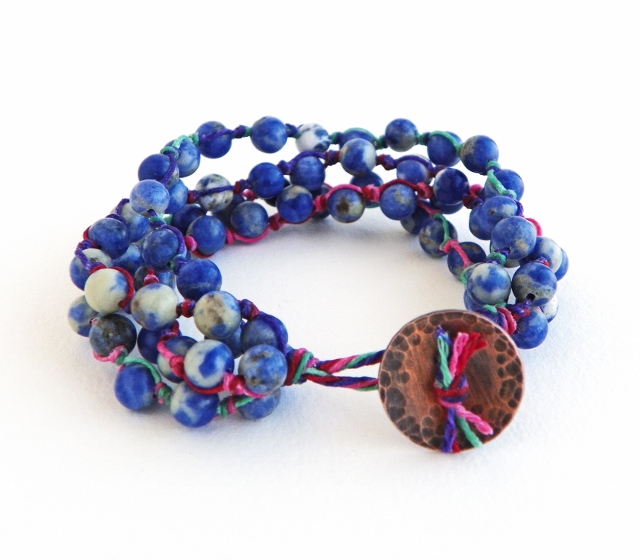 Sodalite is said to be the stone of “insight”. The bright, colorful threads of waxed linen cord
remind me of a long, flowing gypsy skirt that a fortuneteller might wear.

1: Hold the four pieces of linen cord together at their centers. Tightly twist the centers of the 4
cords together for 2”. Fold the cords in half and form an overhand knot, leaving a ¾” loop of
twisted cord. 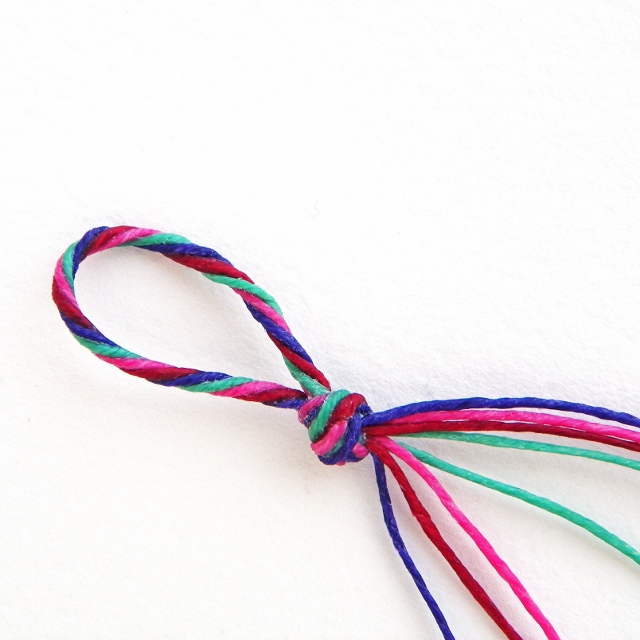 2: Separate 2 cords. Use 1 cord to string 1 Sodalite round. Use both cords to form an overhand
knot after the bead. Repeat 17 times. Repeat entire step for remaining cords. 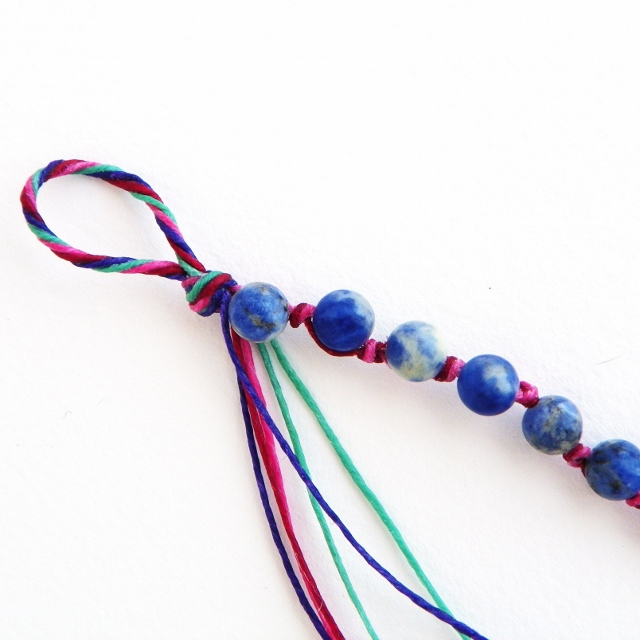 3: Use all 8 cords to form an overhand knot. Separate cords in half and form 3 square knots. 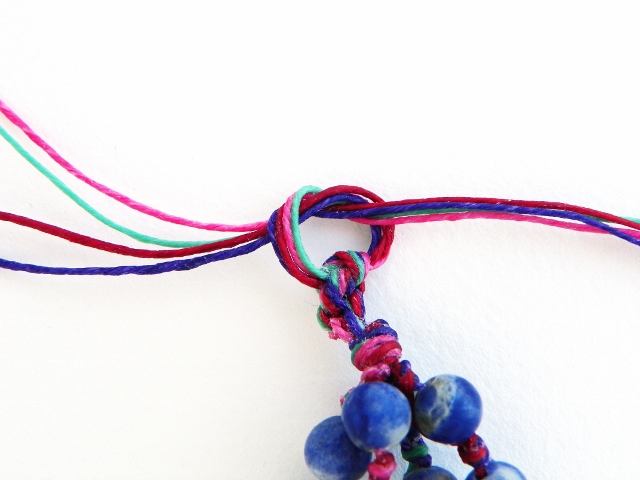 4: Use 4 cords to string one buttonhole. Repeat for the other buttonhole. Form a square knot on
top of the button. Trim cords to ¼”. 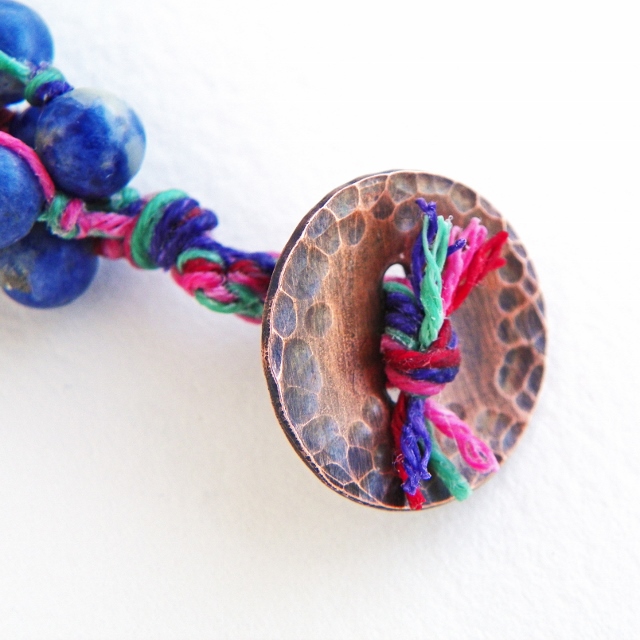