so last thursday night, this happened. 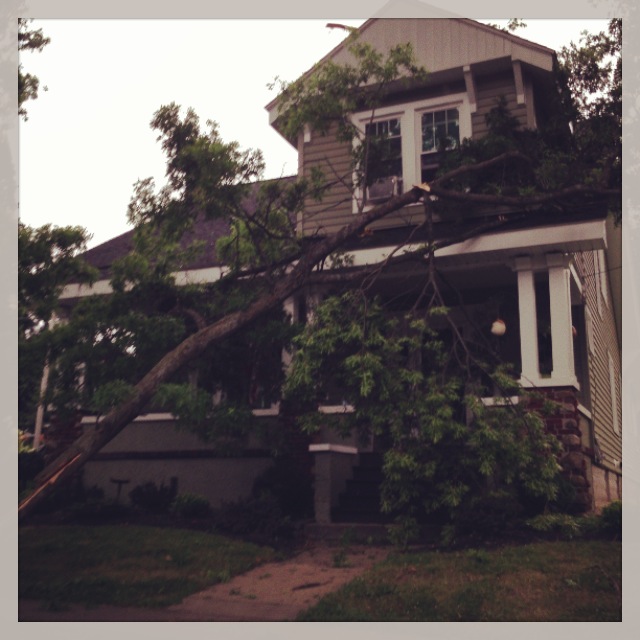 No, that's not a tree. that's a tree LIMB that just broke out of no where, on the oak in front of our house.  No wind, no storm. Evidence of carpenter ants was seen on the broken branch. That's my diagnosis, because the branch broke from the bottom, and not the top. So it couldn't have been lightning.  The trees are owned by the village, so luckily we were not responsible for getting it removed, and they were there to cut it up that same night, before I went to bed.  Of course, Joe wasn't home when this happened, he traveled home the next day- after having just returned from his annual camping trip with his friend.

The roof sustained some damage and we'll be needing to get that fixed asap- but I think it's something Joe can do, so we can avoid another home insurance claim. 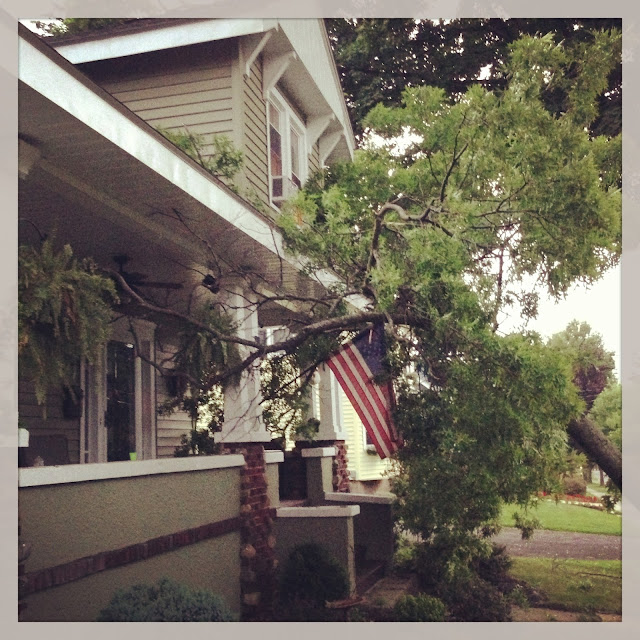 On the weekend, we went down and helped celebrate Nancy and Scott's recent nuptials.  They had a great party on Seneca Lake and it was fun to hang out and see Lisa Peters and Hank Russ there!  The weather was wonderful. We stayed with my Aunt who has a beautiful home on Seneca Lake, right up the road. 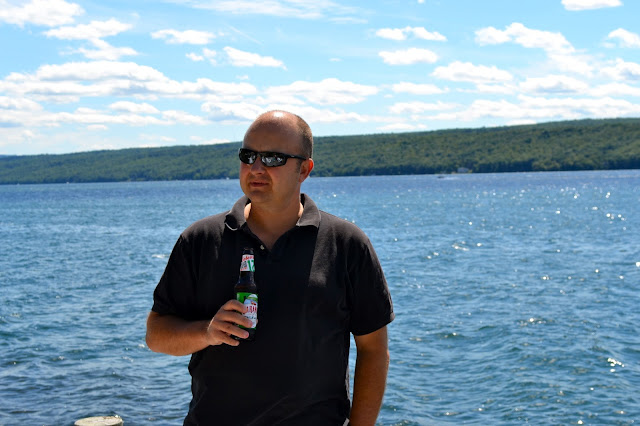 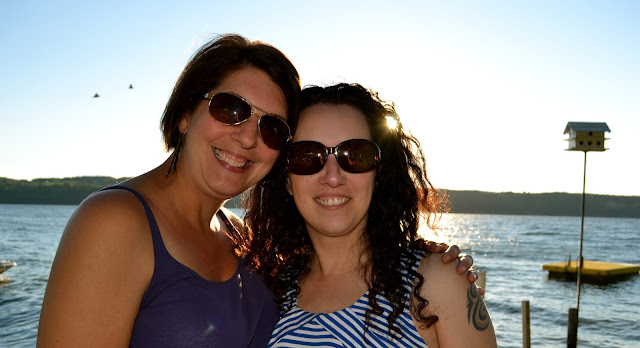 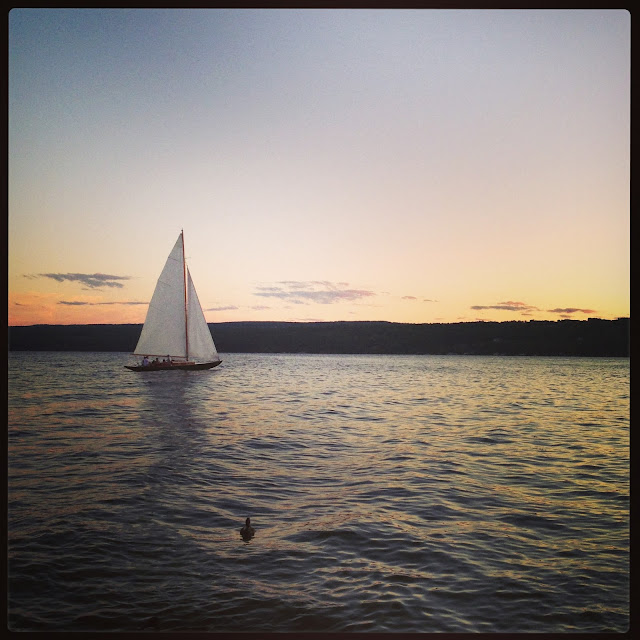 Came home Sunday and tried to spend as much time outside that we could. The weather has been absolutely stunning.  Went for a nice bike ride at a local bike trail and I almost ran over this guy...
Don't worry. We got him off the trail to safety. 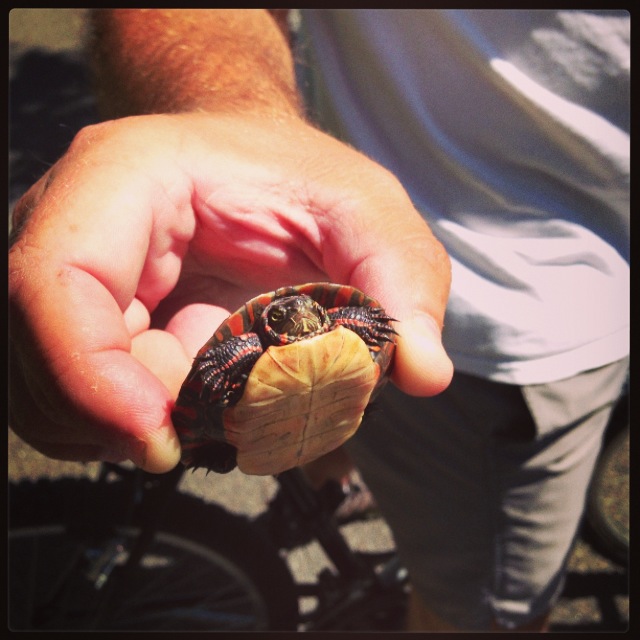 Monday was pretty uneventful. I made stuff all day.

Tuesday morning, I'm in the studio playing around on my iPad. Pandora was playing and I heard this chirping which I at first thought was the song that was playing. Then I realized it was much louder than that and I turned the music down. I walked around to see where it was coming from and when realizing it was much louder in the stairway, I came down the stairs to see a huge brown bat crawling along the floor of the foyer with my two shitbirds chasing after it.

I thought I was going to die of heart failure, but acted fast. Ran down, iPad in hand still. Unsure of whether I should smoosh the bat with the ipad or use it to shoo the cats away, the bat flew over to the front door. In one fast movement I was able to shoo the cats away, Close the big door behind, open the secondary screen door and the bat flew away.  Did I mention it was huge?  I mean, HUGE. really HUGE. SERIOUSLY like eagle sized huge.

Needless to say, the last 24 hours have been anxiety-ridden and now I'm sitting here waiting for the bat guy to show up to do some damage control.

I was going to insert a picture of a big brown bat here, but I got too skeeved out to do it. blech.


Okay, so bad luck comes in 3s? What's next??
I'm still sitting here trying to figure out the significance of all this bad luck.