Welcome to another guest post, this time with my friend Erin Strother.
Have a seat, grab your coffee, or wine, or night cap.... and enjoy this new take on jewelry design using Linen Cording! 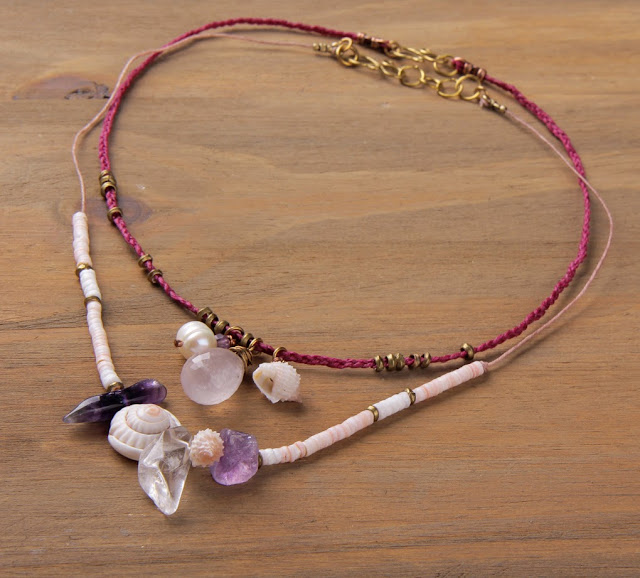 " A couple of months ago I was chatting with Lorelei on Facebook, and I was probably

complaining or criticizing something I don’t know about, (because that is my

superpower) and most likely just to shut me up, Lorelei asked if I had ever worked with

waxed linen before. And I hadn’t, so she said, “go to my Jewelry Accord website and

a guest blog thing for me. And I said “cool.” So I went to her website and there were

like, 317 colors to choose from and I wanted 315 of them. I was racked with indecision,

because typically, after I’ve spent hours of careful deliberation choosing something, four

seconds later I wish I’d chosen something else.


I found myself drawn to the dusty rose color, (which is really weird for me because I’m

would pair beautifully with shells, and I could do something beachy with it. So I decided

to get that, along with a few other colors I thought might work well together.


A few days later the waxed linen arrived in a cute little package, and I took it up to my

studio, pulled out some beads and shells to see what worked together, and then I started

don’t know which one to do, so you just stand there staring at beads for half an hour,

trying to design stuff in your head but not actually doing anything. And then Swiffer

when I just stand there, seemingly lobotomized, when I could be doing something so


So, motivated mostly by laziness and a little dog bugging the crap out of me, I decided

to work up something super simple and quick. Any ideas involving knotting techniques

were immediately thrown out, as my knot tying skills are legendarily bad and I knew

challenged and partially sighted. So I simply strung some pink rose shell and white clam

shell heishi onto the linen along with some brass spacers, and added a couple of larger

quartz nugget in the center. I tied an overhand knot at each end to keep things in place,

when I accidentally bought them thinking they were going to be bigger.


BTW, am I the only person who buys beads on the web, and ALWAYS expects them to

be bigger? Here is the actual conversation I have with my husband practically every time

Me, opening package of beads: “I just bought some beads the size of bowling balls.”

Me: “I thought they would be bigger.”


So anyway, back to finishing the necklace…

I added some extra jump rings to the end so the length would be adjustable, and made a

so I decided to do a companion piece to layer with it.

I wanted something different but complimentary, and again very simple, so I decided

center. Braiding works really nicely with the waxed linen, as it has just enough stickiness

to hold together by itself while you are braiding without having to keep constant tension.

I strung more of the same brass spacers onto the braided cord, and then used head pins to

make a white pearl dangle and a shell dangle. I chose a rose quartz briolette for the third

dangle, wire wrapped a bale, and attached all three charms to the cord with jump rings. I

ends and a hand-made “S” clasp. 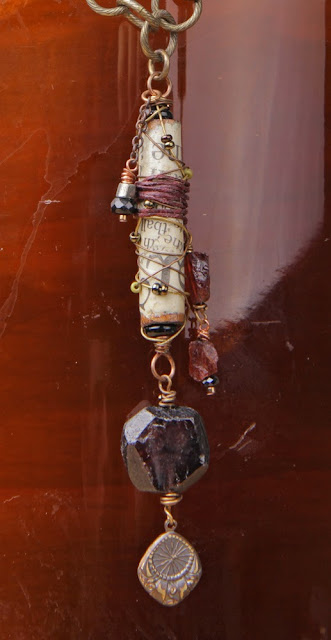 In an unrelated experiment, I also found
that waxed linen works really well as an
accent element in mixed media. It sticks

nicely and doesn’t slide when wrapped
around a larger bead, (or whatever) and
the knots stay nice and tight much better
than plain cotton, silk  or leather cord. I
am hooked! I can tell I’m going to need a
bunch more colors." 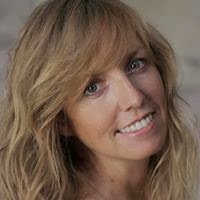