Yeah, so This happened... 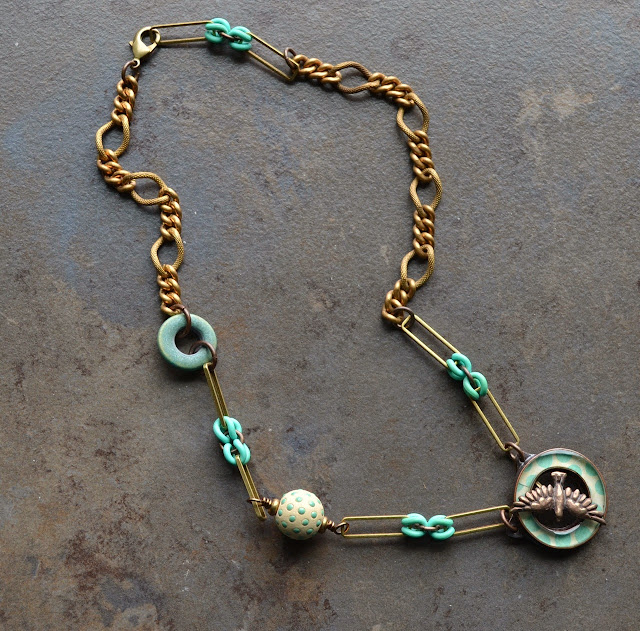 You just never know what is going to transpire in the studio and some things just happen accidentally. I created this cool asymmetrical necklace with one of Jade Scott's new wreath pendants that just came in the mail today. I had all sorts of visions when I first saw these online but what ended up happening was much different than I had imagined. Even Better!

I finished the necklace with the pendant and when I took a close look at the finished product, my initial thought was, it needs something else. Something in the center of the wreath. I know I know. That kind of contradicts the idea of it being a wreath. But just hear me out.

I started playing around with different types of components like charms and beads, thinking of interesting ways to attach the whatever to the center. I thought about chain. I grabbed some scrap beading wire and was thinking I could somehow attach something inconspicuously in the center. 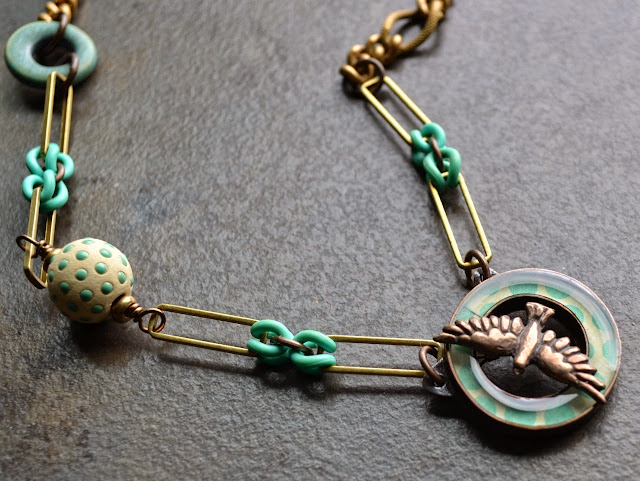 I found this bronze bird in my Green Girl bin- it's actually the toggle half of a clasp. But it has a shank on it and that worked perfectly with my beading wire idea.

Here's how I did it. 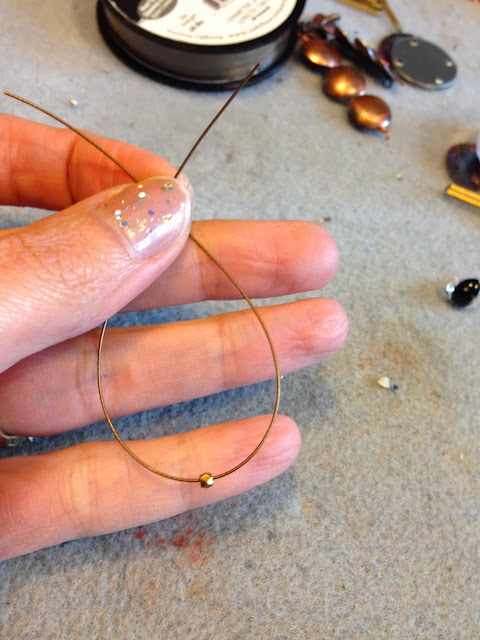 I strung 1 brass faceted bead to the center of a piece of beading wire. Thread the two ends through the shank on the bird toggle, like so. 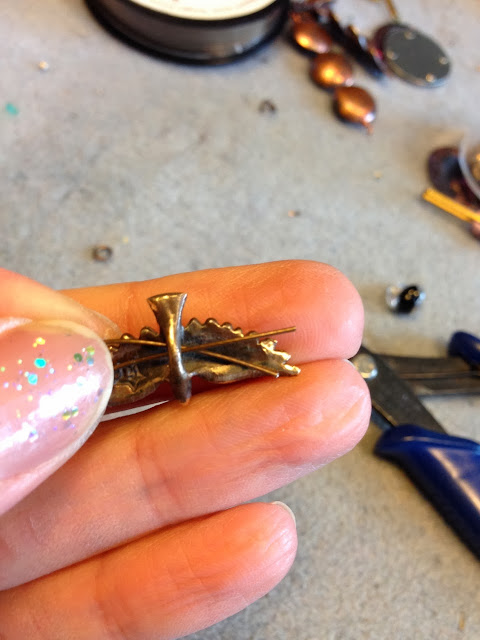 i hope my sparkly nail polish doesn't blind you. 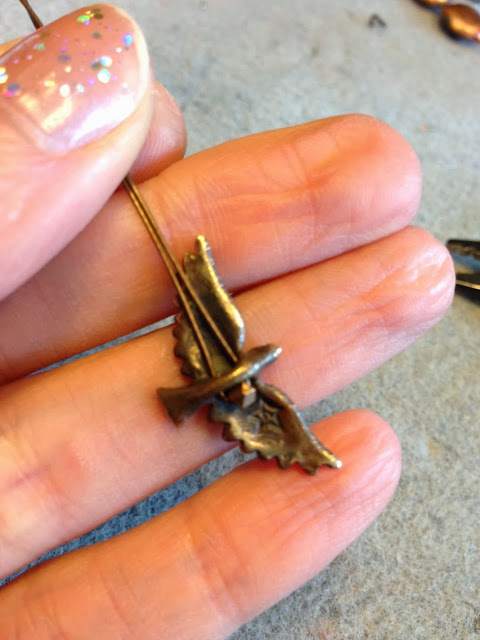 Pulled the wire up so that the bead sits flush against the shank. 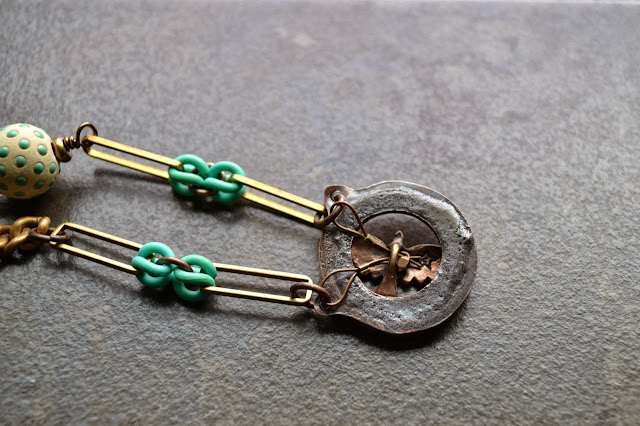 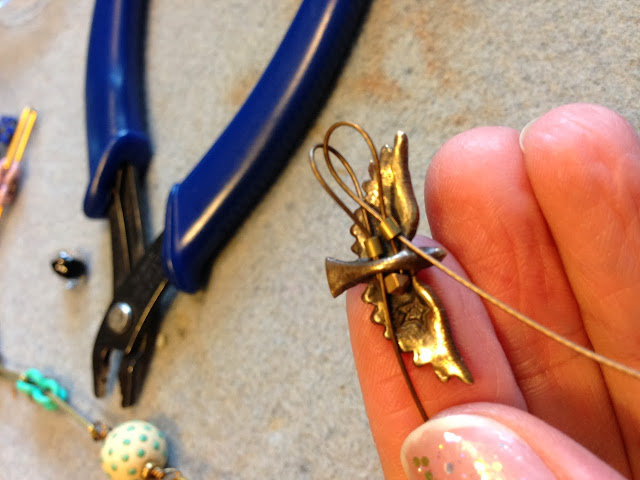 I think it was a huge mistake SUCCESS!