Yesterday afternoon was awesome. I felt like I was totally in the groove, beebopping to my Pandora 90s Dance Music station, and creating beautiful things.  The better half of the afternoon was spent on this bracelet and it warrants it's own blog post because I am so proud of how it turned out.

I know cuff bracelets aren't the most popular piece of jewelry and I never do sell them well, when I make them but it's okay. I really fell in love with this new leather that I found at Limabeads. Unfortunately I "wasted"  a lot of it before I finally ended up with my final bracelet but that happens when I don't plan out my design ahead of time.  Note to self, think about it and sketch it out FIRST. 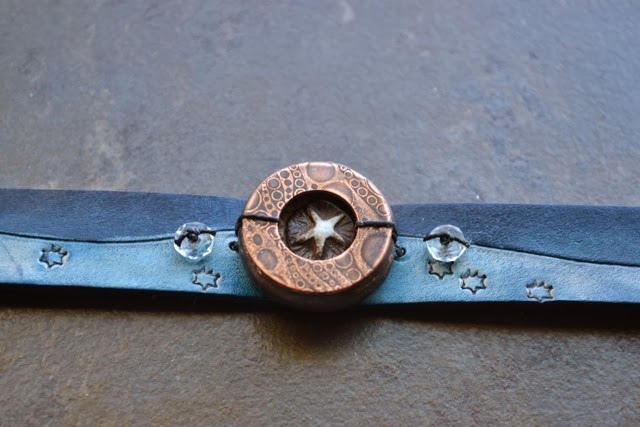 The first thing I did was figure out what the focal would be. I picked this star lentil bead from Gaea. I'm not sure how the addition of the etched copper washer from Divine Sparks happened, but it did. To attach it to the leather, I punched some holes at the center of the leather band. To keep the copper washer from shifting, I thread it onto 1 linen cording, pulled the 2 ends together, and thread them through the hole of the lentil and then did the same on the other side, but thread the linen ends through the lentil in the opposite direction. 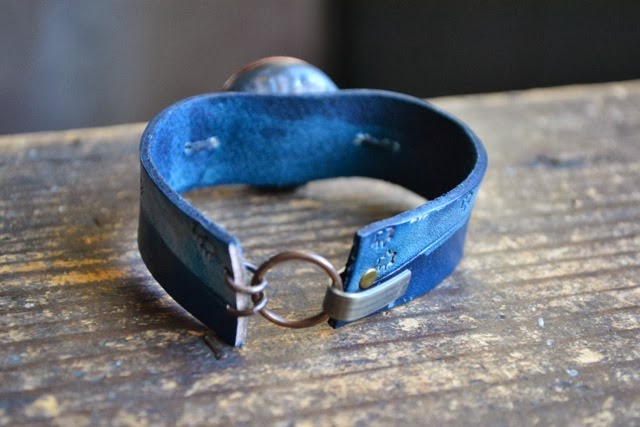 To keep everything tight, I punched an additional hole about 1/4" from the original holes and thread the cords back up through the leather. Then (finally!) incorporated some pretty awesome Herkimer Diamond rondelles that my friend Theresa bought me at Fall Hill Gem & Bead in Little Falls.  Believe it or not the holes were big enough to string 2 linen cords! 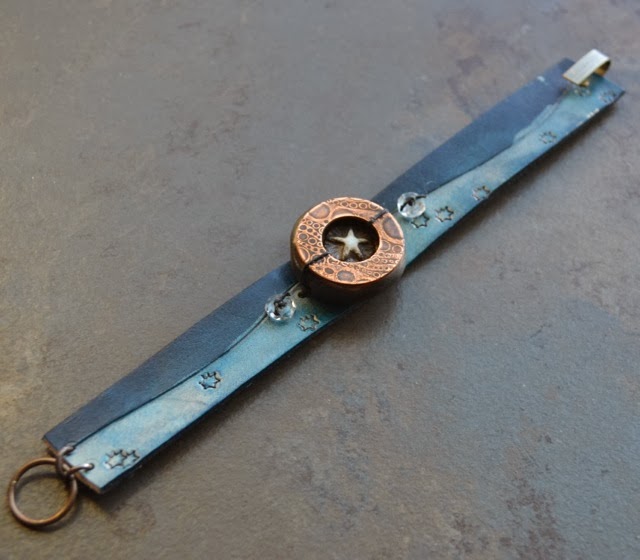 My next task was to figure out the clasp. I played around with leather crimp ends like these... and wasted a lot of time fussing with punching holes in the leather. Also wasted to much time trying to utilize a hole that was already in one end of the leather.  Because the leather is stiff, I knew that I wanted to create the style of clasp that incorporates a forward facing "hook" if you will. Using some jump rings, and some flat brass wire and rivets, I finally achieved the look I was going for! 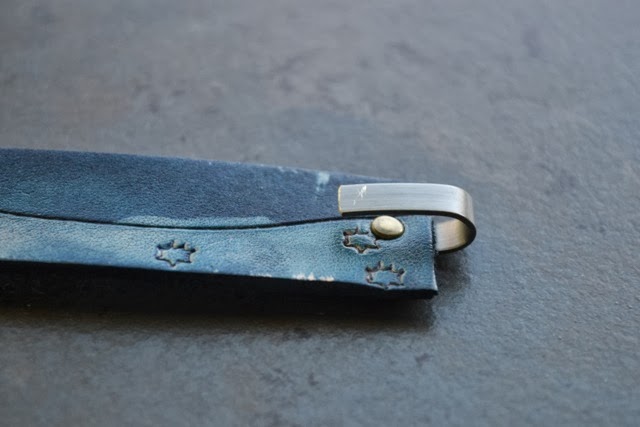 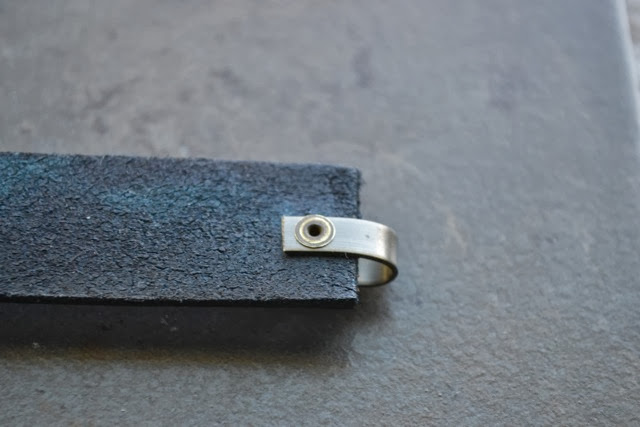 Anyway, I am happy. It was fun to construct this. I will posting it on Etsy for sale in a moment. :) 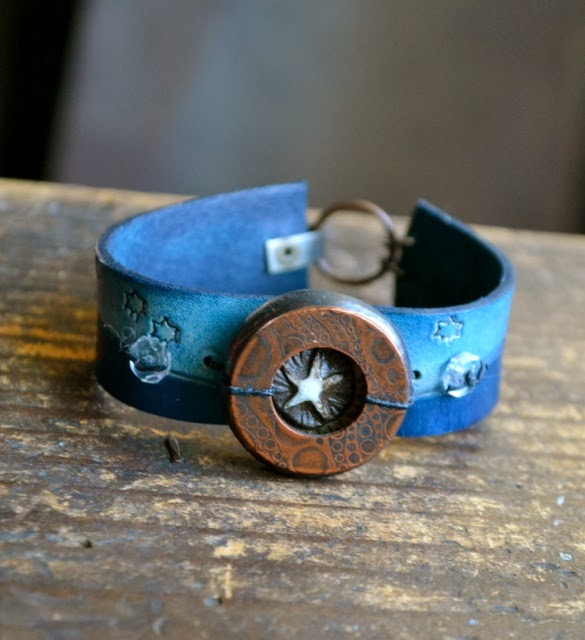