The weather was perfect, a nice 70 degrees, mostly cloudy day. A little cool means no black flies. We headed on up north again to Old Forge where we put in on the North Branch of Moose River.  A meandering river way that loops back and forth for about 7-8 miles.  A friend joined us for the journey. 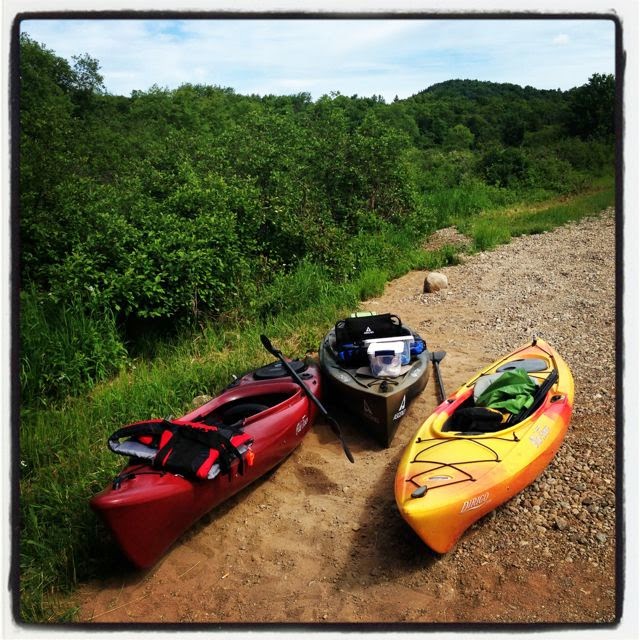 Threw the kayaks in on the other side of this bridge.

We headed downstream, and because we were moving with the current, we didn't even really have to paddle that much except around the bends.  It was just so relaxing and beautiful- right in the heart of the Adirondacks. 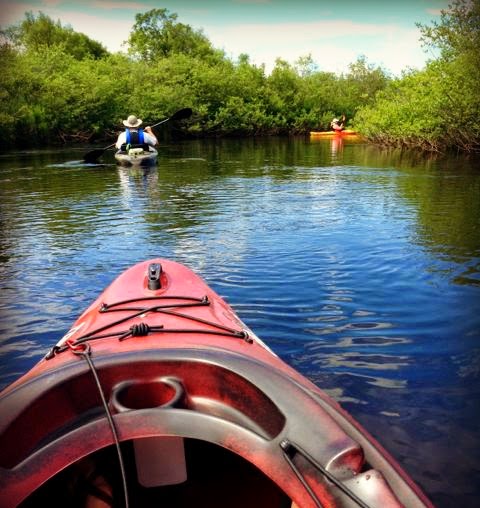 The waterway wasn't really that wide, and sometimes we filed along in single file to avoid bumping into each other.  I also must admit. I have yet to master the sharp curves and landed my boat into the bushes/bank several times before I realized I could break with my paddle.

Along the way, we encountered the pan handler. She just appeared out of the long brush and followed us for quite some time before realizing we weren't going to give in to her hunger pains. I spotted a beautiful deer on the way as well but didn't want to spook her by whipping out the camera. It was definitely cool to be in such close quarters to such a majestic animal. 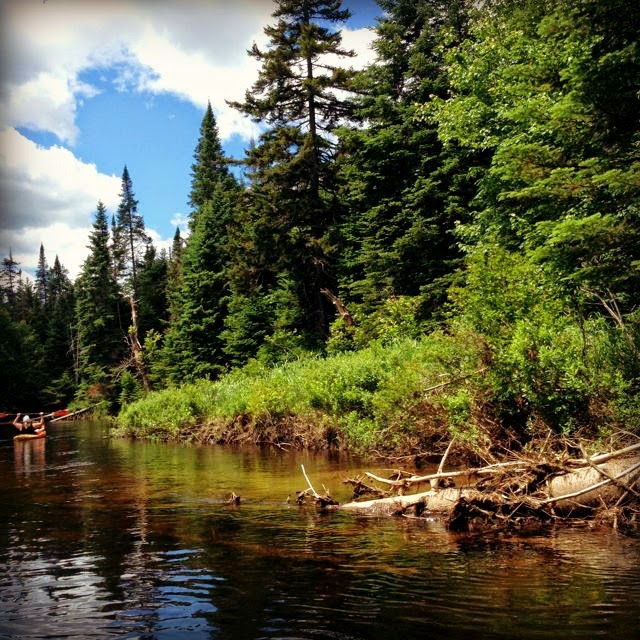 There were many downed trees along the way and a few spots where we really had to maneuver our boats around a lot of obstacles. 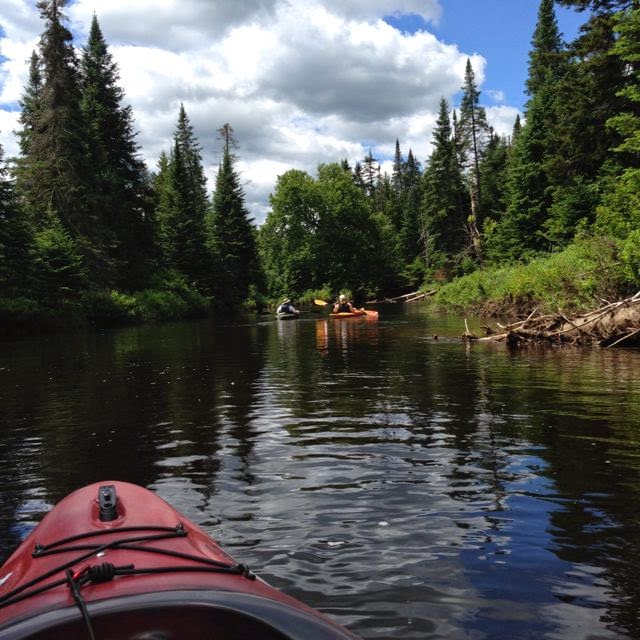 Before we had put into the water, I heard Joe talking with Christina about a portage- playful bickering between the two of them about whether or not there was one. Portage is not a term I've ever heard, and had no idea what they were talking about and didn't think to ask.

We came to this point and I gotta be honest.  Didn't really realize that we had to take out of the water, walk down a path and then get back in the water to avoid some rapids. 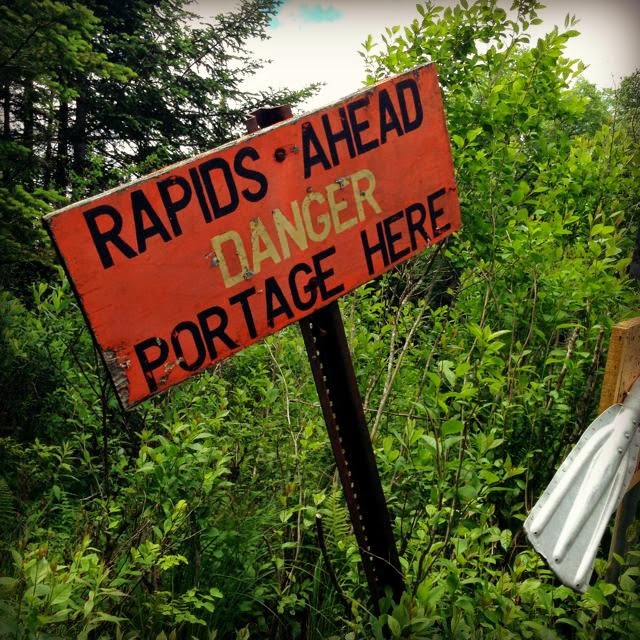 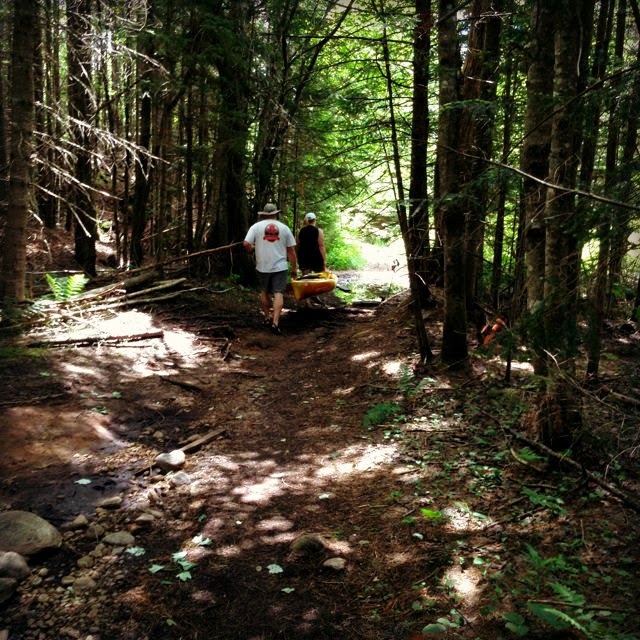 And so, we trekked down the path with the boats, one at a time. And over this rickety bridge which was completely scary and missing railings here and there. 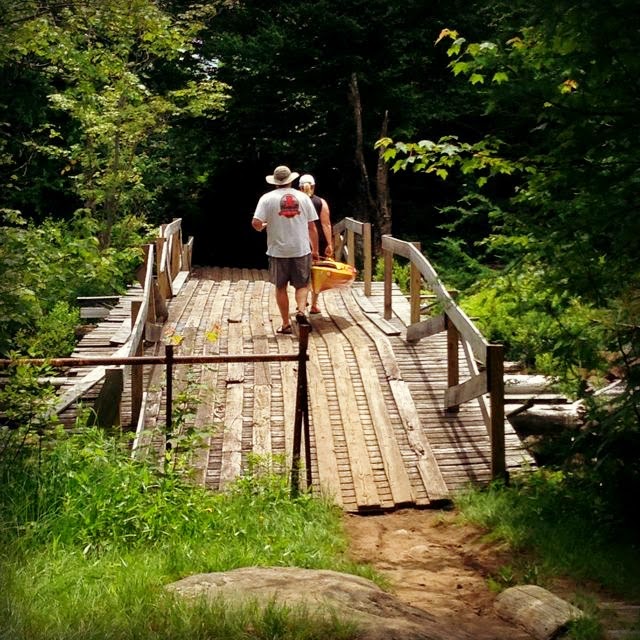 These were the rapids:

I became paralyzed for a few moments while crossing the bridge. 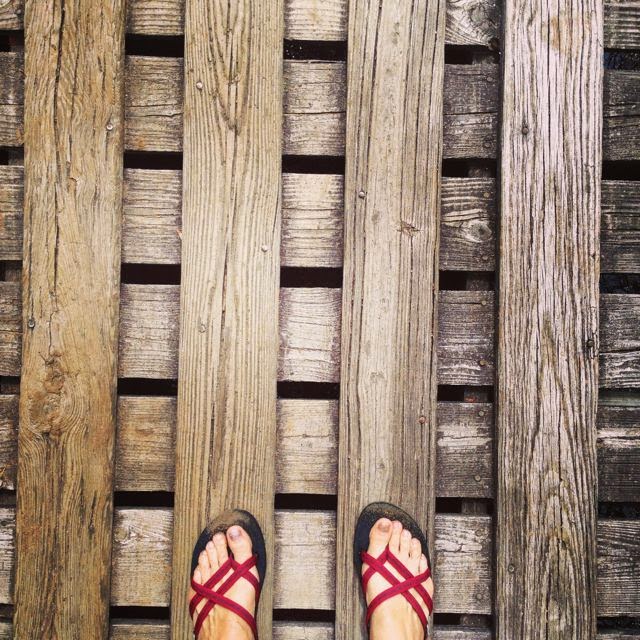 All in all a beautiful day for a boat ride, and I am looking forward to doing the upper half of the North Branch sometime during the Summer which is about as long without the portage. 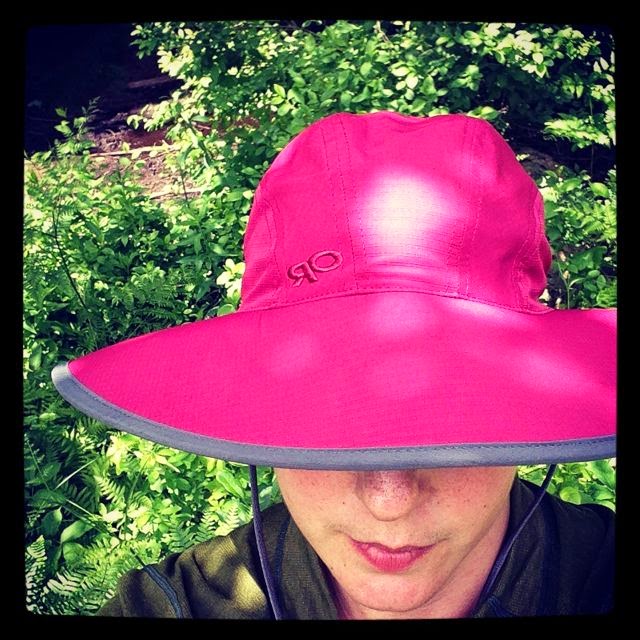 And I didn't get bit by even one black fly - which is a good thing. 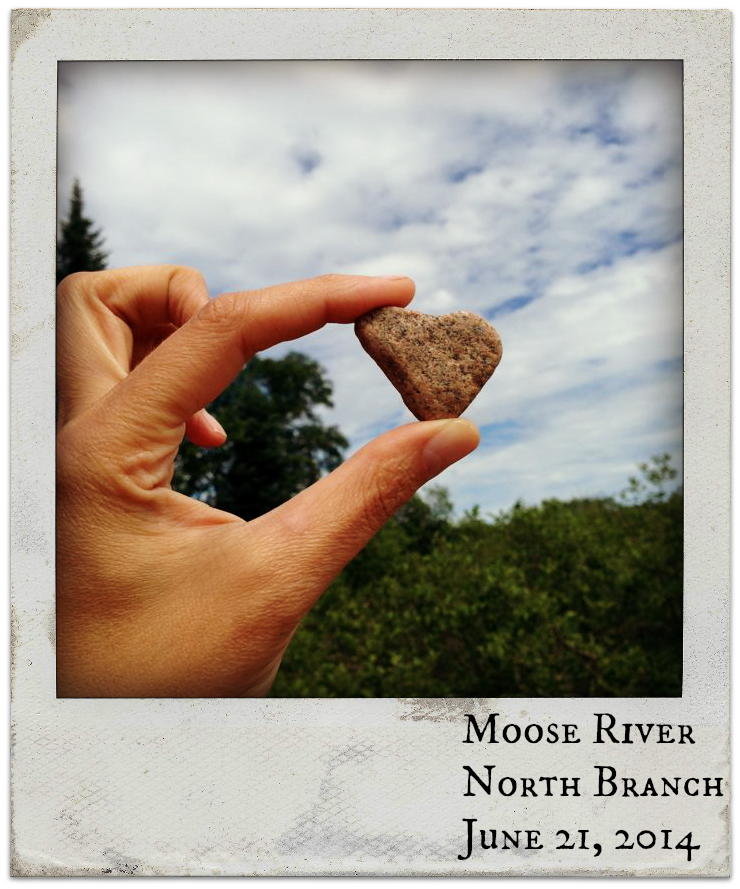