My good friends Lori Anderson and Heather Millican of SwoonDimples, have teamed up to bring us a huge blog hop for a great cause.  Heather created specific bean beads to represent different awareness groups such as Suicide Prevention, Cancer, Alzheimer's, ALS, etc.

Each participant has chosen a bean to use in a final design. And today, we share!

I chose Alzheimer's- the color for this awareness is Purple. I chose the words Remember Me, to represent the unfortunate side effect of memory loss, with this devastating disease.  I created a bracelet, around the bead that compliments the bead color. 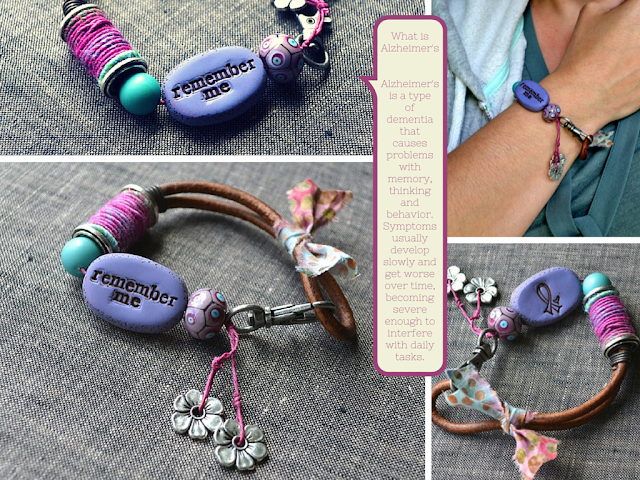 50% of the proceeds from this sale will be donated to the Alzheimer's Association. 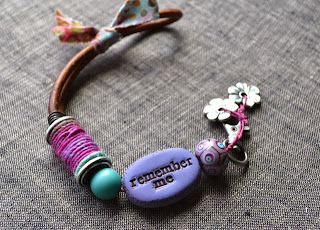 Enjoying hopping around the blog hop today!! So many talented people involved!