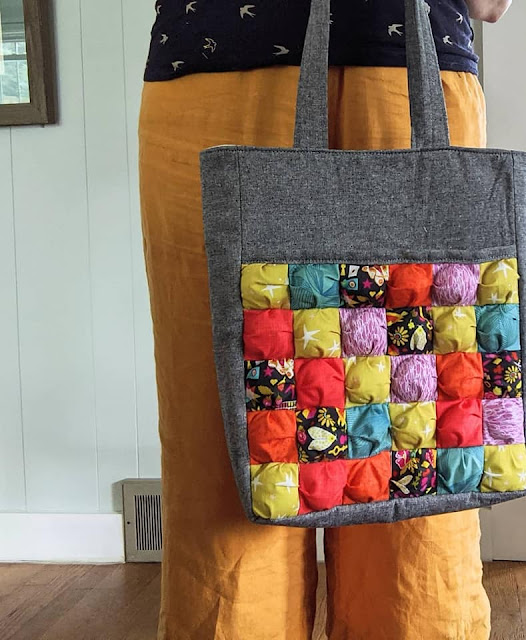 I was so enamored with this post I saw on Instagram of a Puff Quilt that was made by LoandBeholdStitchery . She had been gifted a puff quilt from her Grandmother upwards of 20 years ago and she wanted to recreate it but with her own modern flair so She did a great video on doing an Ombre version. Her video can be seen here. The process looked pretty easy but daunting because I think you'd need like 150 squares at least for a throw size quilt.
I was chatting with my mother on the phone and she suggested I make a smaller version just to try out the technique and see if a quilt was something I'd want to get into. This was a brilliant plan and immediately my thought was to put the small block onto a tote bag pocket!

My vision turned out just as I had hoped! I scaled down the squares. my top square was 3.5"and the bottom square was 2.5 I think. I just happened to have a bag of poly-fil that I had lying around FOREVER. so I made the panel up yesterday. 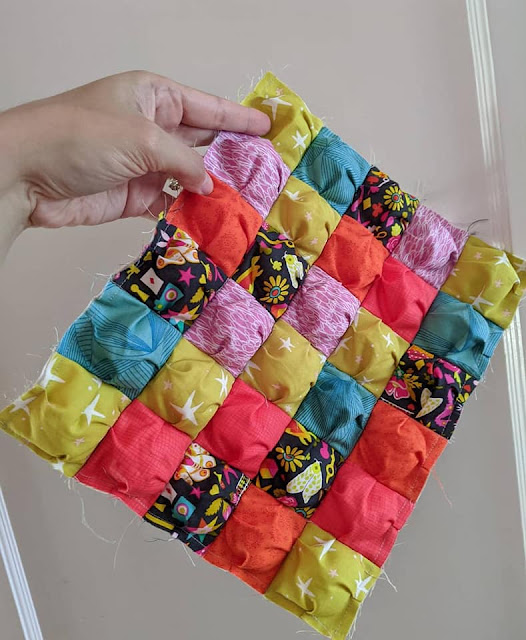 I tried to not stuff the blocks too much with filling because I didn't want it to add extra weight to the bag unnecessarily. I bound the block and a backing fabric together with some chambray binding. 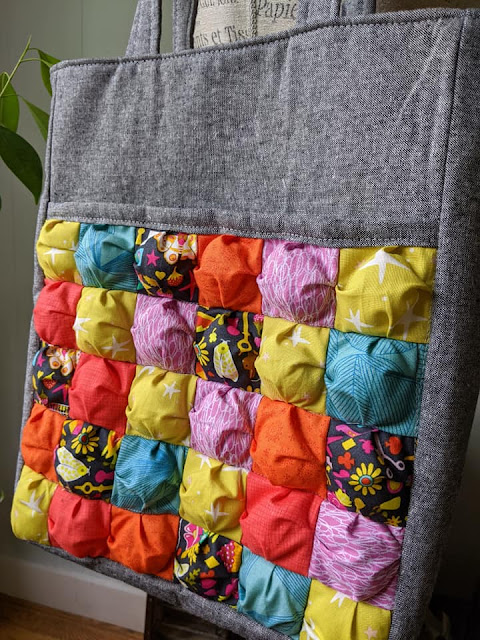 I lined the back with some natural canvas and used some leftover chambray for the slip pocket inside.
There is not hardware on this bag but I think it's ok!

I put the bag up in my shop here.