What's On Your Bead Table?

It was a busy day in my warm studio as the snow floated down from the sky. I was in "Winter Wonderland" inside my head and my beads were telling me to run with it. 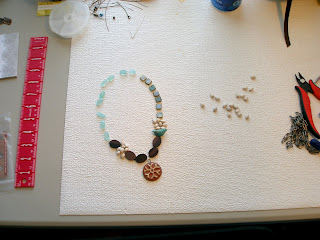 I was picturing a small blue bird, nestling in it's nest for the winter. And what I had originally thought were pillows of snow, soon became piles of eggs. Which wasn't my intention but I left it as is. 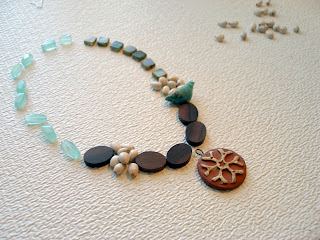 The Aqua chalcedony beads, and teal bird and Czech glass squares create a nice back drop for the ceramic Snowflake pendant that I received recently from Gaea. 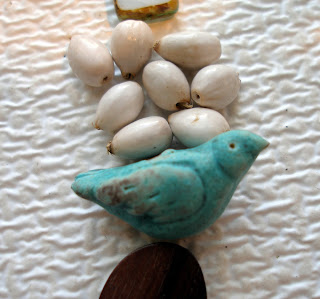 The pendant is a beautiful terra cotta color with a white snowflake, and the white "eggs" play off the white of the snowflake. 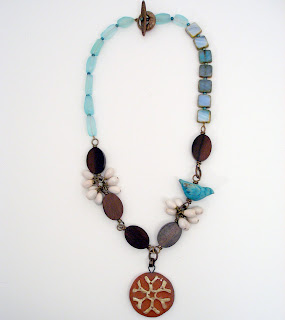 It's definitely a whimsical piece but definitely wearable. I even photographed it on so that you could see how cute it can look with just a plain white tunic. 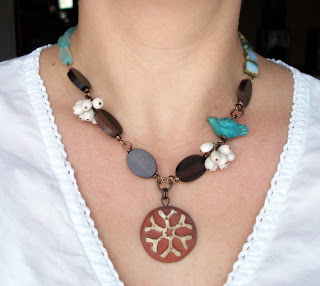 Next up, my mind shifted from snowy thoughts to Mexican Day of the Dead parties. Do you ever dream up a design but it just never works until you draw it out on paper? I typically just lay out my projects before I start putting them together, and still, I only sometimes do this. But sometimes, when the project isn't coming quickly to fruition, a drawing helps!


I wanted bright colors. But new that the Green Girl Studios bronze Skull pendant had to be paired with the right color combination, so that it didn't turn out like a big ol' pile of color mess. you know what I mean, right? It's hard to put it in words. Sometimes too much color can turn sour... can look childish, also.
So I have this pile of beads.... 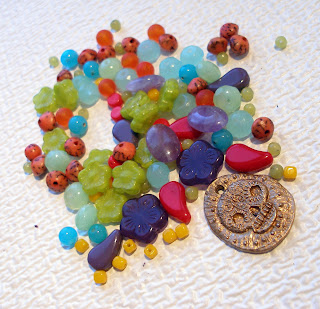 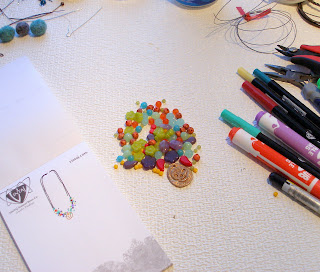 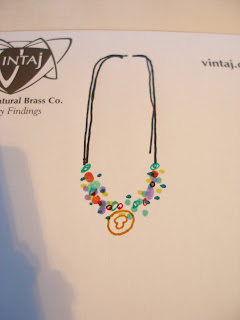 This drawing is still in the beginning stages... But I was thinking that would be cool to have either a plain black cord, or since I don't have any on hand, maybe just a simple double strand of matte glass seed beads, and then clusters of colored beads at the front with the pendant hanging in the center. What do you think??

I worked on a couple of other jewelry pieces today also that I'll be listing later tonight. Here's a sneak peak- 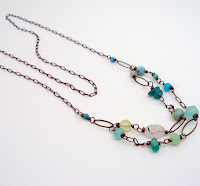 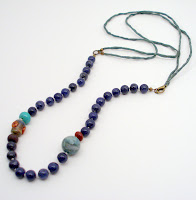 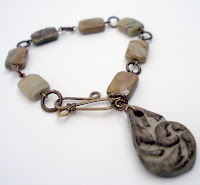 and then I leave you with a fun video of Marley: when I gave her the sweet little Organic Catnip mouse that I ordered from Ernst and Thistle- there was serious catnip love going on uninterrupted for like 25 minutes. I shot a small video with my camera. Thought I'd share it, it's cute.